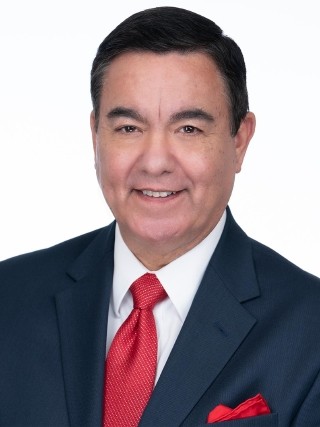 Alex Garcia is the Chief Meteorologist for Fox News at Nine. Alex is a multi-disciplined individual with professional experience as an educator and broadcaster. He holds several degrees and certifications, including a B.S. in Education, a Master's in Education with Certification as an Educational Administrator, and of course, he's a Broadcast Meteorologist.

Alex has taught students of all ages, from elementary school children, to college students at the University of Houston. He's logged more than two decades of broadcast experience in a long list of roles, including news director, assignment editor, meteorologist and reporter.

Alex has received the AMS Seal of Approval and has been the recipient of six Associated Press Awards for Best Weathercast. He is a member of the American Meteorological Society, National Weather Association, and the Knights of Columbus.

While Alex speaks to thousands of viewers every night on Fox San Antonio, he still enjoys time in front of a smaller crowd. He is an adjunct professor at the University of Incarnate Word, where he teaches meteorology, oceanography, astronomy and science for elementary teachers. He is also active in science education programs for teachers and students across the state.

Alex is married to his high school sweetheart Eva and has a daughter Angelique and a son Alejandro. He is a proud grandfather and enjoys spending time with his grandson Michael and granddaughters Lili and Jayla.