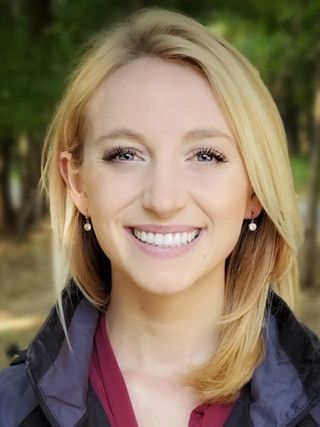 Emily is originally from Stillwater, Minnesota and is excited to put the skis and skates away for a bit and call the Lone Star State her home.

Prior to coming to San Antonio, she was a reporter/anchor in Fargo, North Dakota where she was part of the Emmy-award winning morning newscast at WDAY. She was often spotted reporting in -30 degree weather and trying not to be knocked over by the wind.

Before Fargo, Emily worked as a reporter at KNBN in Rapid City, South Dakota where she got to experience the Black Hills and, of course, the Sturgis Rally.

Emily prides herself on being a washed up athlete after playing college soccer at Bemidji State University in northern Minnesota (go Beavs!) and now spends her days running, skiing (if there's snow), skating and making lefse.