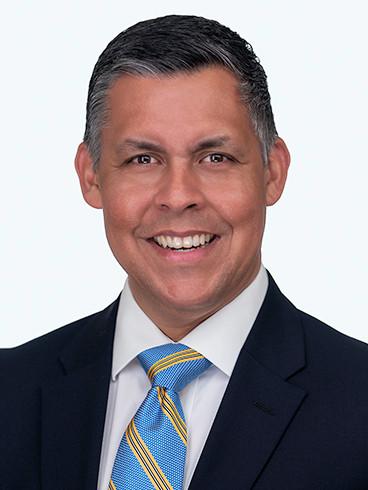 Since 2006, Ernie Zuniga has woken up San Antonio area residents bright and early every weekday as the anchor and co-host of FOX San Antonio’s highly rated morning show, “FOX News First”. Before that, he spent nine years as a sports anchor and reporter here in San Antonio, Phoenix, Arizona and in his hometown of Victoria, Texas.

Zuniga attended Texas A&M University and graduated with a degree in Communications from the University of Houston-Victoria. He is also a graduate of St. Joseph High School in Victoria.

Ernie has devoted much of his time in recent years to several local non-profits, including the March of Dimes, 100 Club of San Antonio and the Leukemia & Lymphoma Society. He is also a member of the Rey Feo Consejo Educational Foundation.

In 2019, Zuniga was presented with a national award from the Leukemia & Lymphoma Society for Excellence in Television Promotion. He and his wife Tami were also honored that year for their community involvement by Endeavors.

Every year Zuniga emcees dozens of events for these and other causes. In 2018, he was crowned “King of the Riverwalk,” after helping to raise more than $20,000 for the San Antonio River Walk Association.

Ernie is a fixture at many Fiesta events and has developed a local reputation for his love of Fiesta medals. In recent years, he has auctioned off his yearly collections of medals and donated proceeds to charity.

Ernie has a motto of “family first”. He has been married to his wife Tami for more than 20 years. Together, they have a teen daughter Ava and twins, Luke and Madeline.