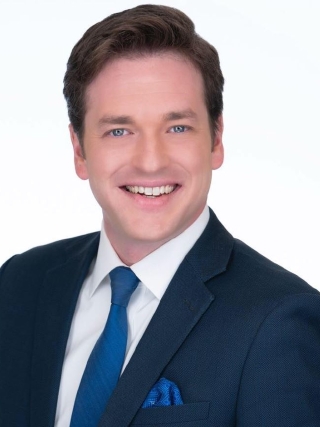 Robert Price anchors the weekend newscasts on Fox San Antonio and reports for the Fox News at Nine during the week. Robert has been a member of the Fox San Antonio team since March of 2011, serving as a general assignment reporter, weekend anchor, and evening Live Desk anchor.

Robert began his career in America's heartland as a weekend anchor and reporter at KHAS-TV, the NBC affiliate for central Nebraska. While there, he received awards from the Nebraska Associated Press and the Nebraska Broadcasters Association. He then moved one state over to Iowa, where he reported and anchored for KGAN CBS 2 in Cedar Rapids. After several years in the snowy Midwest, Robert packed away his winter clothes for good and headed for his hometown of San Antonio. He joined Fox San Antonio in 2011 as a general assignment reporter, before eventually becoming the weekend anchor for both Fox San Antonio and News 4 San Antonio. In 2013, he received an award for spot news coverage from the Texas Associated Press Broadcasters Association.

When he's not out reporting, Robert likes to absorb pop culture, exercise his brain with trivia competitions and spend time with his family. He also fanatically roots for his Spurs, Cowboys, Rangers and Trojans.